Why Use VAPPRO VCI PRODUCTS? 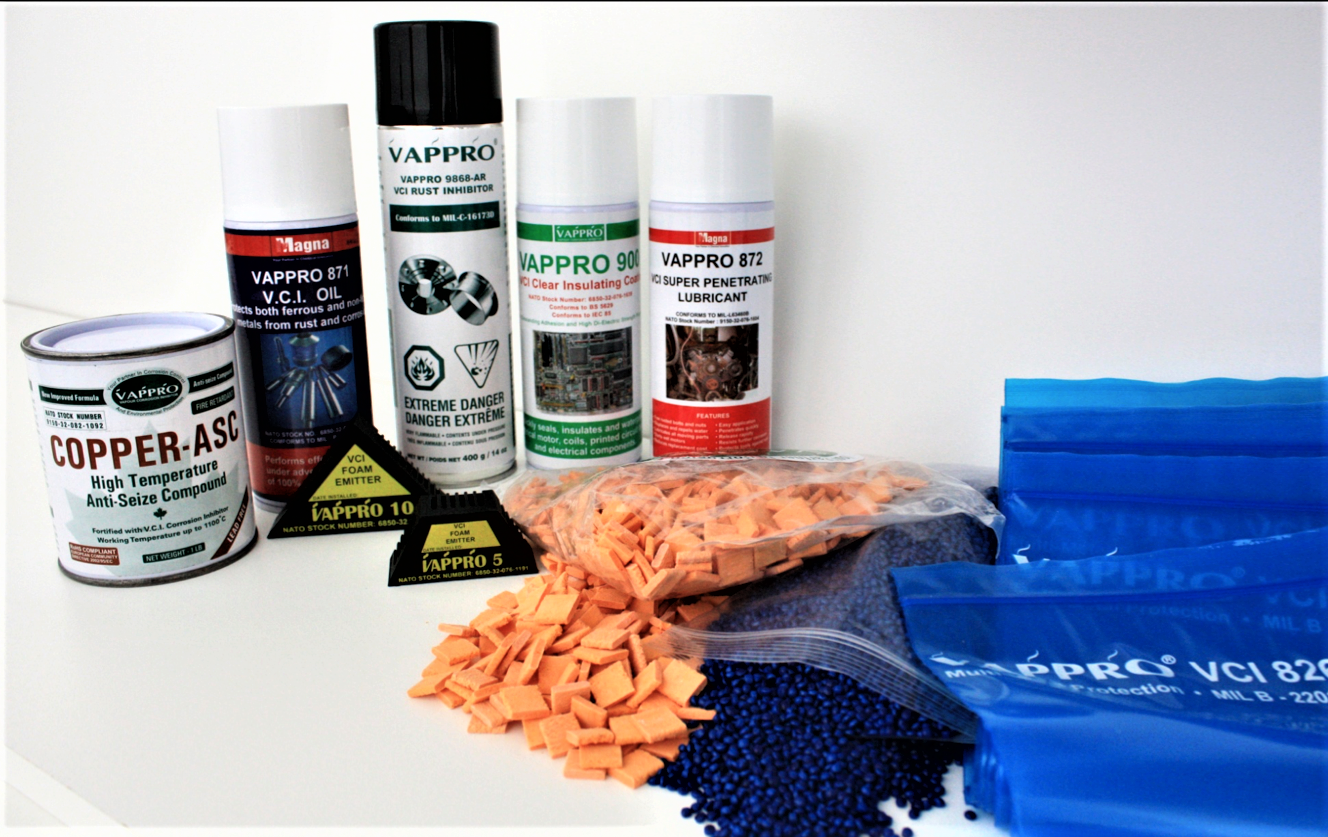 Many VAPPRO VCI Products have assigned NATO Stock Numbers and conform to various military specifications attesting to the integrity, performance and quality of Vappro products. In addition, VAPPRO Products are RoHS Compliant and are suitable for use in EU Countries. 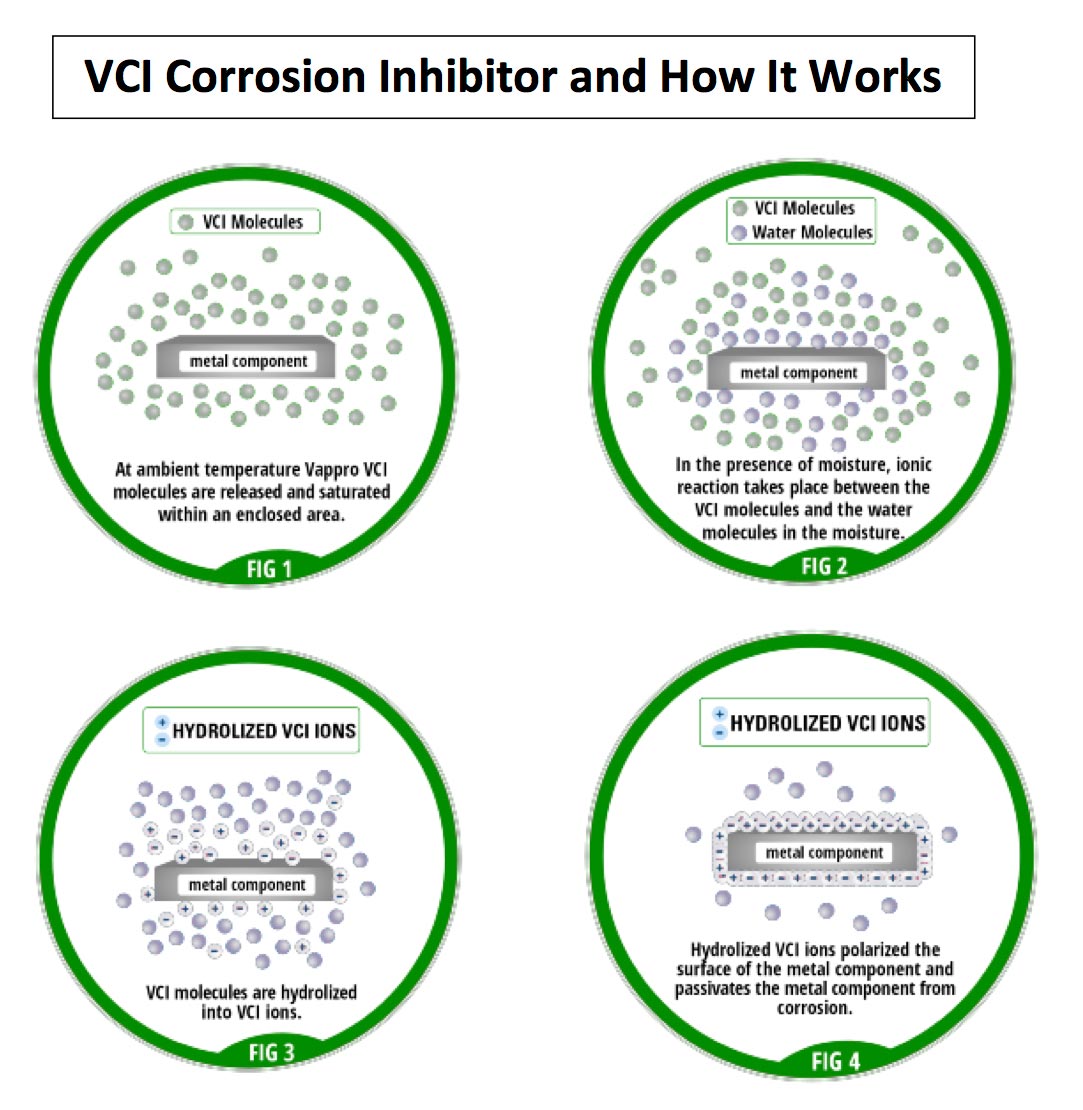 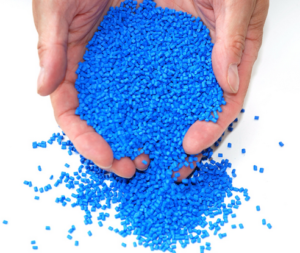 The letdown ratio for Vappro 1000 MBR VCI Masterbatch is one of the lowest available in the industry. Hence, making this value-added VCI additive extremely cost-effective for the production of VCI packaging films.

The versatility of Vappro 1000 MBR VCI Masterbatch provides a broad spectrum of formulation applications and is currently being used for the production of a wide variety of VCI packaging materials.

Vappro 1000 MBR VCI Masterbatch is 100% Nitrite Free, non-toxic, safe, easy to process and user-friendly. If necessary, modifications can be made to provide for any additional film requirements such as UV and Anti-Static properties.

With the introduction of Vappro 1000 MBR VCI Masterbatch, VCI Films and other Anti-Corrosion Packaging materials can now be produced at a very competitive price anywhere in the World. 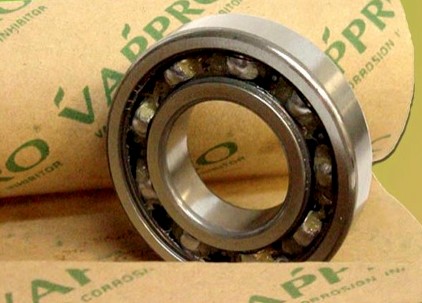 Vappro 2200 MBL VCI Masterbatch Liquid is user-friendly and environmentally safe. It does not contain any heavy metals or emits any VOC emissions that are common in petroleum-based products.

Vappro 2200 MBL VCI Masterbatch Liquid gives unique VCI anti-corrosion properties to the packaging. As a result, the packaging protects both ferrous and non-ferrous metals from corrosion. Consequently, the use of oils and greases on the metal parts is not necessary.

Vappro 2200 MBL VCI Masterbatch Liquid resists corrosion for up to 24 months in an indoor environment. Along with the Masterbatch resin, Liquid Masterbatch is 100% NITRITE and AMINE FREE. It is also RoHS Compliant and REACH Compliant.

Vappro 2200 MBL VCI Masterbatch Liquid is 100% free of heavy metals. As a result, it is a value-adding product for commodity kraft paper and corrugated cardboard boxes.

Vappro 841 eliminates the need to force dry the piping system after pressure testing and flushing. It reduces downtime caused by the formation of rust in the piping system, which can result in seized valves, blocked pipe-work and potential damage to downstream process equipment.

Vappro 842 VCI Corrosion Inhibitor Powder eliminates corrosion due to residual water after draining hydro-test water and the need to force dry the piping system after pressure testing and flushing.

Vappro 842 reduces downtime caused by the formation of corrosion in piping systems which can result in seized valves, blocked pipework and potential damage to downstream processing equipment.

Vappro 844 VCI Corrosion Inhibitor Powder is designed for use with sea water. It protects metals in seawater with salinity up to 3.5% and with chloride content up to 19,000 ppm.

Vappro 844 VCI Corrosion Inhibitor Powder is effective in protecting ferrous metals against corrosion in extreme saline environments and it does not contain chromates, nitrites and is essentially non-toxic and biodegradable.

Vappro 848 VCI Corrosion Inhibitor Powder is an excellent corrosion inhibitor for the protection of piping systems, storage tanks, and voids. This VCI Corrosion Inhibitor is a unique powder formulation designed for dry corrosion protection of multi-metals through a "fogging" process by means of compressed air. This product can be used for both short and long term corrosion preservation.

Vappro 848 is easy to apply and can easily be removed with compressed air or flushing with water.

Vappro 849 VCI Corrosion Inhibitor Powder is an excellent replacement for all nitrites based inhibitors. This product is 100% nitrite free and it does not contain chromates or heavy metals.

Vappro 826 VCI Film is a significant breakthrough concept in product protection without the need for rust preventative coatings.

Vappro 826 VCI Film does not change critical electrical or mechanical properties of electronic or electrical components.

Vappro 826MW VCI Mil-Wrap does not change the critical electrical or mechanical properties of electronic or electrical components.

Vappro 01 VCI Foam Emitter vapors do not increase contact resistance in relays and switches and will not affect the characteristics of insulating materials, including high voltage corona or carbon tracking.

Vappro 05 VCI Foam Emitter vapors do not increase contact resistance in relays and switches and will not affect the characteristics of insulating materials, including high voltage corona or carbon tracking.

Vappro 10 VCI Foam Emitter vapors do not increase contact resistance in relays and switches and will not affect the characteristics of insulating materials, including high voltage corona or carbon tracking.

VAPPRO 50 VCI Foam Tape is a ¼” thick 6-foot long roll that comes with self-adhesive backing tape and provides up to 2 years of continuous protection for all metals.

Vappro 70 VCI Foam Tape is a gray polyurethane foam, impregnated with vapor corrosion inhibitor designed for the protection of ferrous and nonferrous metals against corrosion in long and narrow enclosures.

VAPPRO 70 VCI Foam Tape comes with a self-adhesive backing and provides up to 2 years of continuous protection.

Vappro Vapour Chips can be placed in a plastic bag, container or box and does not require an airtight enclosure to work; plastic bags can be stapled closed, or boxes may simply be closed as normal.

Vappro Vapour Chips immediately begin to emit VCI molecules, which saturate the enclosed airspace of the package and condense on all metal surfaces thereby protecting them from corrosion.

Vappro 820 VCI Pak is a breathable Pak made with a Tyvek® material developed by Du-Pont.

Vappro 823 Pouch is nitrite-free and does not contain phosphate or heavy metals.

Vappro 837 VCI Liquid does not interfere with sensitive lithographing or painting processes of the protected metal.

Vappro 855 is a light brown anti-corrosion oil blended with a solvent that deposits a soft film on metal surfaces creating a high degree of protection.

Vappro 855 is useful in machine shops and in heavy machinery and plant manufacturing and is ideal for treating machine tools.

Vappro 855 protects during storage and is recommended for sheet metal panels where the residual greasy film serves as a mild lubricant.

Vappro 865 is commonly used to undercoat vehicles and other heavy equipment to provide optimal corrosion protection for up to 24 months on ferrous and non-ferrous metal exposed to outdoor environments.

Vappro 868 is a dark brown thixotropic liquid with VCI corrosion inhibitors and oil-based or solvent-based carriers.

Vappro 868 is highly resistant to salt water and salt spray and useful in marine, industrial, and off-shore rust proofing applications.

Vappro 886 is made from Acrylic Co-polymer emulsion with a mixture of non-toxic organic inhibitors.

Vappro 886 formulation offers unprecedented advancement in both indoor and outdoor corrosion protection for up to 30 months.

Vappro 886 is an excellent primer that can be top coated with quality paint.

Vappro 900 is a clear VCI coating that allows visual inspection of insulated parts.

Vappro 9837 is a free-flowing brown liquid that turns clear when it dries on metal substrates. It forms a thin protective film over the metal surface keeping it from corrosion.

Vappro Rubberplast is specially developed to combat premature aging of rubber and plastic parts used in military vehicles and equipment.

Vappro Rubberplast is an ideal conditioner for plastic and rubber such as nitrile rubber, buna rubber, neoprene, polychloroprene, butyl and silicone rubber and Viton (fluoroelastomers).

Vappro TRC is tested to ASTM B117 Salt Spray Test and is highly resistant to salt water making it extremely effective in rust proofing all types of automotive vehicles.

Vappro TRC is specifically engineered to withstand extreme corrosive environments such as road salts and other corrosive materials but can also be used for marine, industrial, and off-shore rust proofing applications.

Vappro TRC can also be used for coating heavy equipment to provide optimal corrosion protection from 24-36 months on ferrous and non-ferrous metal exposed to outdoor environments.

Vappro 700 MAGNA GL is a proprietary special lubricant that is a colorless, waxless, stainless silicone lubricant designed to stop binding and squeaking of all moving parts.

Vappro 869 is a mixture of vapor corrosion inhibitors and oil-based carriers that provide superior protection over conventional rust-inhibiting oils/coating.

Vappro 869 is a grease-like material that is diluted with oil to provide a self-healing and lubricating coating.

Vappro 869 is resistant to sag, run-off, and flow and effectively prevents galvanic corrosion between dissimilar metals.

Vappro 999 has no dropping point so it will not run out of threads when heated.

Vappro 810G corrosion inhibiting properties protect metals after rust is removed. It is non-flammable and has a mild odour. It is designed for use in well-ventilated areas and outdoor applications.

Vappro 811G is specially formulated to remove calcium and magnesium scale corrosion from both ferrous and non-ferrous metals, without creating waste disposal difficulties.

Vappro 811G has no known adverse effect on human skin, paints, wood, plastics, ceramics or rubber when used as recommended. 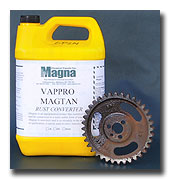 Vappro 887 MAGTAN is a non-pigmented rust converter primer that stabilizes firm rust, by converting it to a more stable form of iron.

Vappro 887 MAGTAN is non-toxic and so versatile in its method of application, it can be used in every industry.

Vappro 747 is formulated with proprietary carboxylate compound and is compatible with all materials including aluminum, steel, copper and solder alloys.

Vappro 748 is a water-based liquid formulated to protect ferrous metals from corrosive solutions containing more than 500 ppm of Chloride.

Vappro 748 does not contain toxic substances like Chromate, Barium Bromate or any Ozone-depleting substance.

Vappro 748 is fortified with proprietary biocide for combating the growth of bacteria, algae, and slime.

Vappro 749 is a water-based liquid formulated to protect ferrous metals from corrosive solutions containing more than 500 ppm of Chloride.

Vappro 749 combines both VCI and contact inhibitors to provide protection for equipment used in deep and hot wells of both gas and oil applications.

Vappro 749 is biodegradable and environmentally friendly.

Vappro 838 is environmentally friendly without sacrificing operational efficiency or economy.

Vappro 838 prevents corrosion to parts not accessible by direct solution contact such as head spaces in standby systems.

Vappro 850 Engine Guard is a corrosion inhibiting additive for mineral based lubricating and hydraulic oils.

Vappro 850 Engine Guard’s vapor action will protect areas where the oil has been drained away.

Vappro 851 Fuel-Cor is a quality blend of solvents and dispersant detergents, fortified with VCI to prevent fuel instability caused corrosion.

Vappro 851 Fuel-Cor is a free-flowing compound developed to dissolve sludge and, prevent fuel stratification in fuel tanks to protect fuel-systems from corrosion.

Vappro 852 is a free-flowing colorless liquid specially developed to protect hydraulic and transmission systems from corrosion.

Vappro 852 performs effectively even under adverse conditions of very high relative humidity and in the presence of chlorides and sulfur compounds.

Vappro 852 enhances corrosion inhibition characteristics and does not cause any adverse effect on hydraulic hoses, seals or rubber components.

Vappro 9815 Gun Lube is ideal for use on small arms and artillery in all climate conditions.

Vappro 9815 Gun Lube does not attack plastic or rubber.

Vappro 9818 Gun Cleaner is designed to clean small arms, automatic weapons, naval and aircraft weapons, before and after firing.

Vappro 819 Arm-Guard is a light brown thixotropic liquid with VCI corrosion inhibitors and oil-based or solvent based carriers.

Vappro 600 VCI PRO-DISC protects Brake Disc from corrosion during storage or mothballing without affecting the braking efficiency of the vehicle.

Vappro VCI 804 penetrates rust and scale to reach and provide protection to the base metal underneath.

Vappro 890 Pipe Strip protects pipes and tube interiors against corrosion without the need to apply or remove coatings.

Vappro NDT FD Cleaner/Remover is a colorless and non-chlorinated solvent.

Vappro NDT FD Cleaner/Remover is used as a pre-cleaner, a post cleaner, and a penetrant remover.

Vappro NDT FD DEVELOPER is formulated to be low in sulfur and halogens to minimize corrosion.

Vappro FPR removes the fingerprint, carbon, and light corrosion deposits while leaving behind a thin film of corrosion inhibitor that passivates metal from corrosion.

Vappro FPR is an ozone and environmentally friendly cleaning agent.

Vappro Security Label is a 10.2cm by a 7.5cm green foil security label.

Vappro Security Label was developed as a security label for sealing all openings of military vehicles and equipment after vaporization/preservation.

Vappro Security Label is a tamper-proof security label that helps keep vandals away from stored equipment.